Looking back to before and after shots in an attempt to piece together what led up to the results. 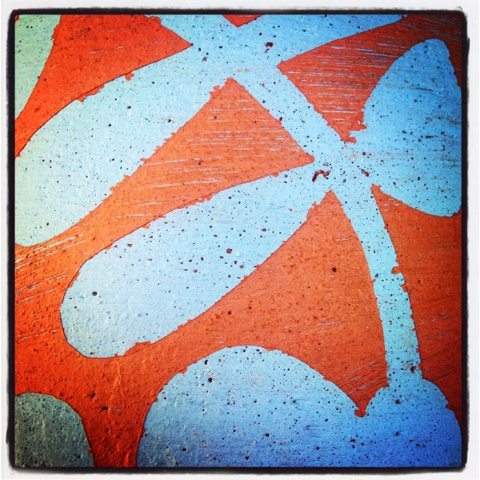 The piece was one of three thrown in a reclaimed cone 5 Laguna Hawaiian Red stoneware. The same clay body was reduce down to a slip to be used over a old and relatively weak (3% cobalt carbamate) cobalt slip that was brushed on the entire surface.

Experimentally, the red body slip was thinly applied over the stencils, and consequently, the absence of dramatic plane breaks in the stenciled surface didn't translate through the textured glaze layer.

The texture and crawl glaze was mixed thinly as well to see how it would effect the readability of the design. 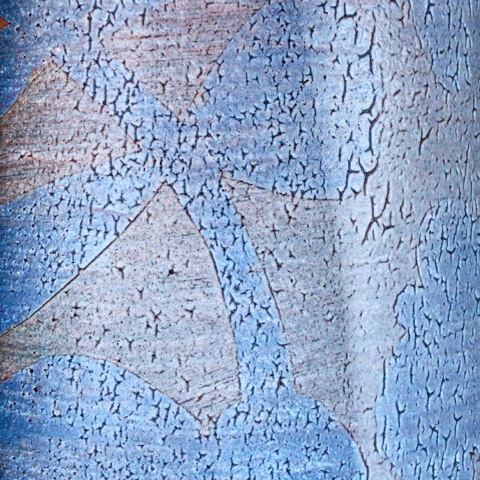 The result was an extremely muted surface that's not easily readable in anything less than full sunlight.

Posted by FetishGhost at 5:57 PM

Masterpiece! I need one! :)

look so cool! unique and stylish in its own way