Death is All in the Details

As students we used to say say "If I only come out of this firing with just one piece I really like, I'll be doing ok?" 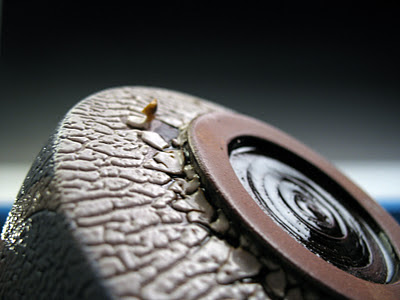 Lots of neat stuff, but it just takes just one detail to kill a gem. 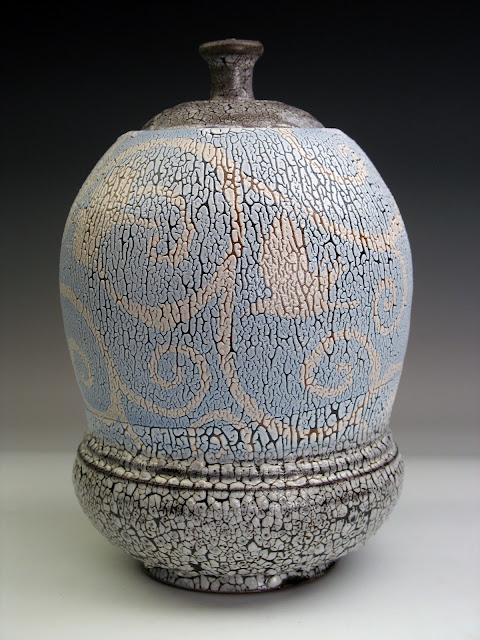 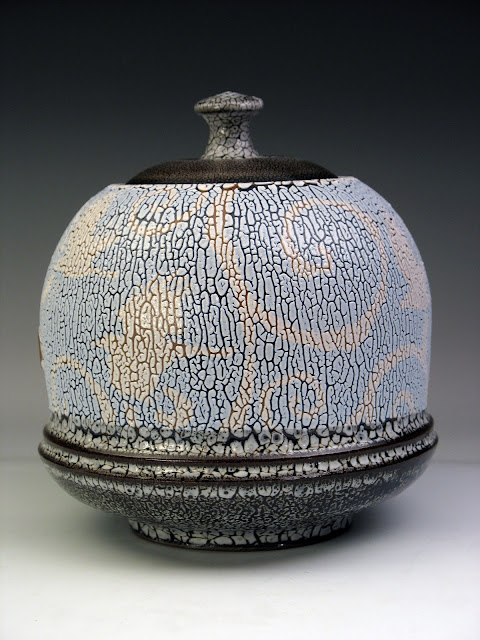 There are crows hidden in there... 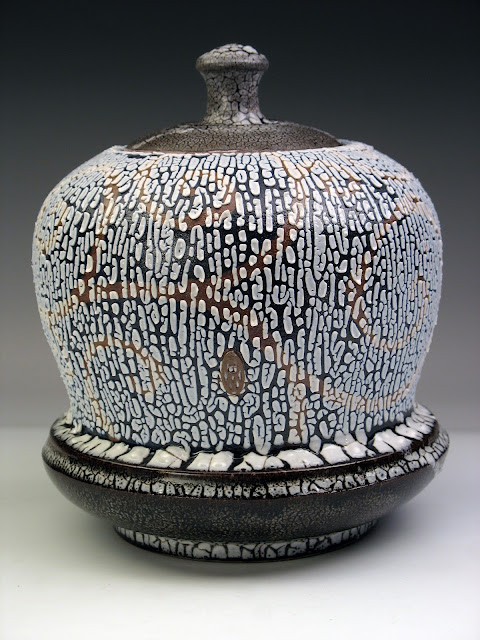 The irony is that I like most of the work, it's just not sellable. So I guess it's time to play with the results and see what develops. (I love this part!) 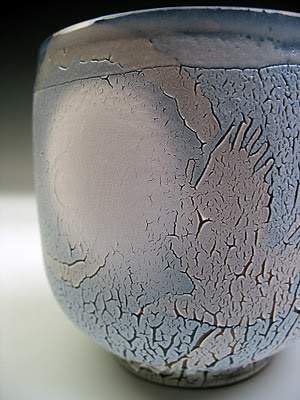 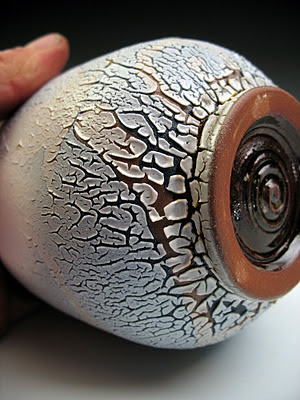 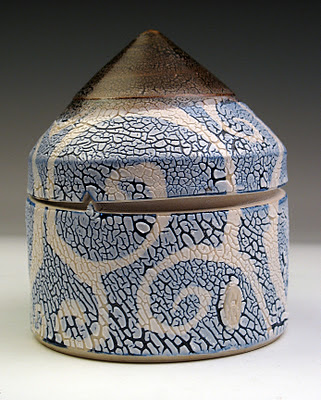 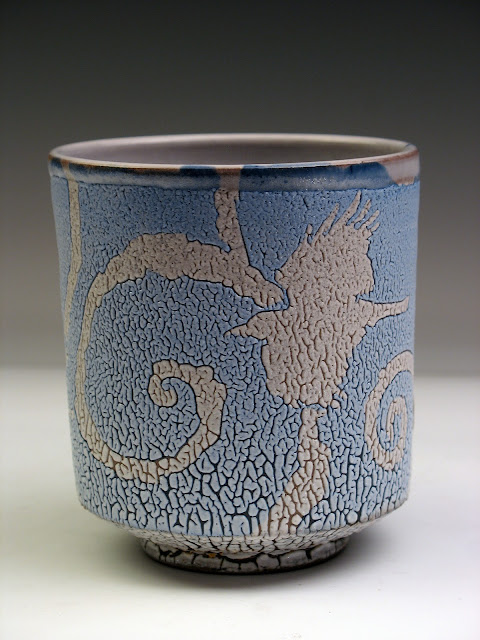 I sat and just listened to this interview with Agnes Martin last night. I was floored by the dialog. Her notion that she talks about, " not interfering with the work", is brilliantly put forth. A keystone narrative... 20 minutes of valuable perspective.

Press repeat and soak...
Posted by FetishGhost at 9:47 PM 3 comments: 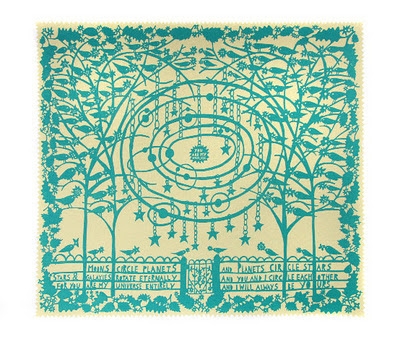 Posted by FetishGhost at 6:46 PM 2 comments:

An Educational Weekend at CAA 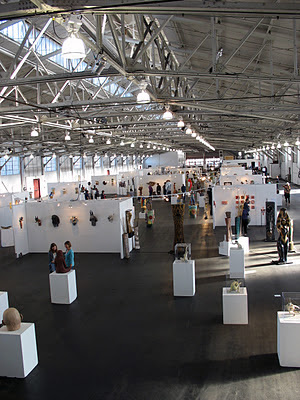 This weekend my youngest and I hitched a ride into the San Francisco Bay area to revel in this year’s Ceramics Annual of America. Last year’s inaugural launch of this epic scale exhibition was a so much fun that my studio mate Bruce and I were literally doing cartwheels through the crowded hall (a bad idea but a whole lotta fun). This was a big event, with big works, in a big space.
This year, the setup was in an even bigger space out on a covered pier the size of a football field… really… and something unexpected happened… the nature of the relationship between the environment and the work became noticeably skewed. In such a large space, the larger works seemed diminished and secondary. The notion of the interplay of environment to work is relevant at any scale, but at this exhibition it really made the point. 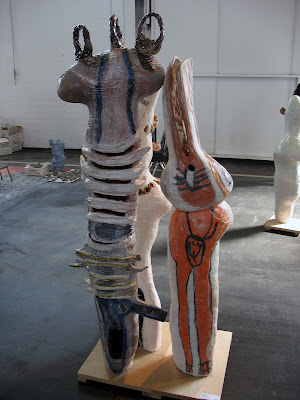 Lesson noted.
With that aside, event was just amazing! A forest of pedestals and free standing walls that were covered in a fresh crop of some of North America’s finest and bravest talent. We spent hours wandering and exploring the works, and best of all, plumbing for insight into the why’s, how’s, and what’s up in studio ceramics by talking to the artists. I gained a very genuine respect for all of the artists that participated…It takes a very brave person to put your work in front of 6000 critical eyes and then stand next to it. That’s taking genuine ownership of your ideas. 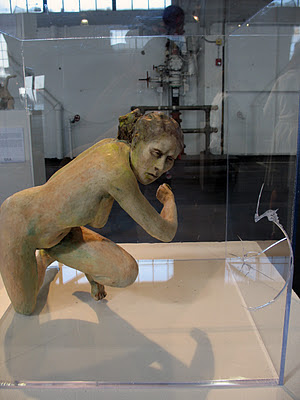 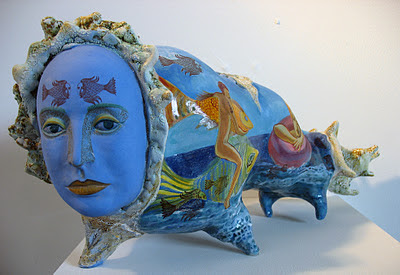 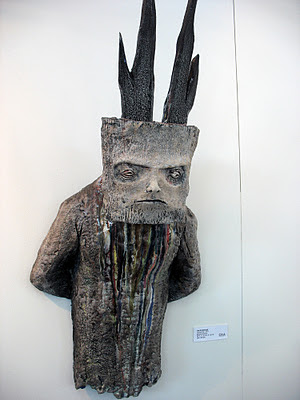 I couldn't resist playing "potperotciy", here's just a fraction of what was there... 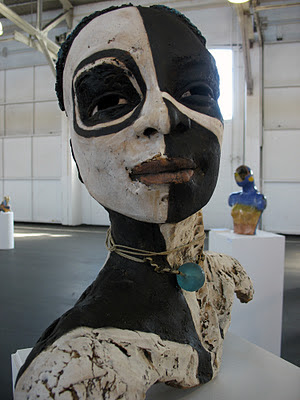 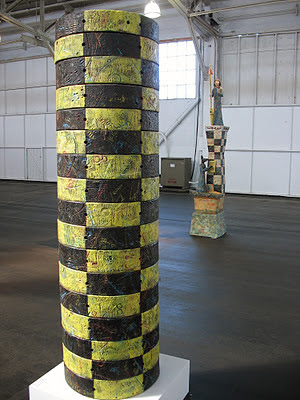 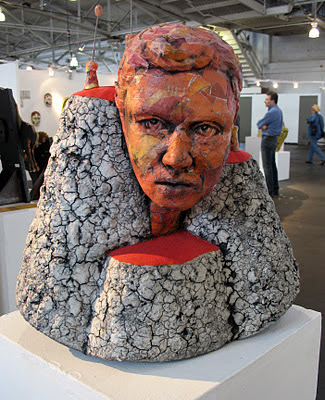 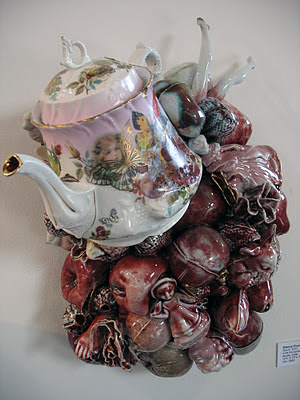 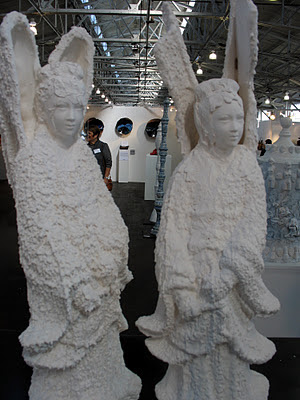 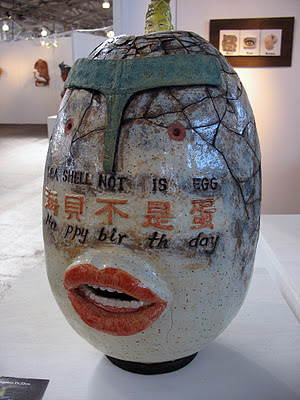 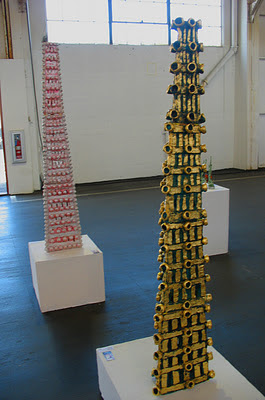 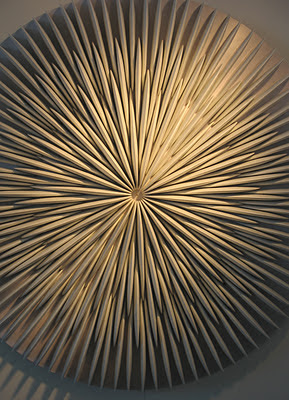 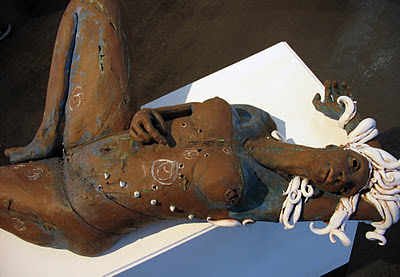 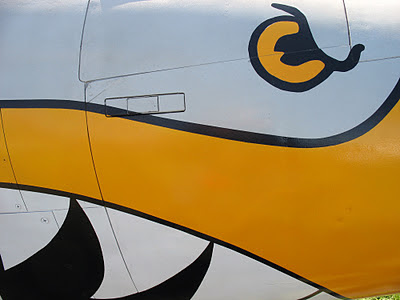 I'm so proud... Nico got a chance to sit in the cockpit of a F-11 Fighting Tiger jet this weekend during Fleet Week in San Fransisco.
She slyly asked the docent where the start button was as she climbed into the seat and quickly made her move, hitting the button and grabbing the stick...
She's dealing with the disappointment well... 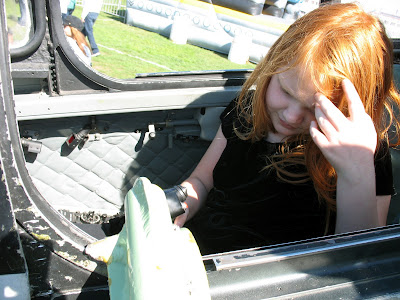 Gotta love a girl with a plan...
Posted by FetishGhost at 8:00 PM 2 comments: 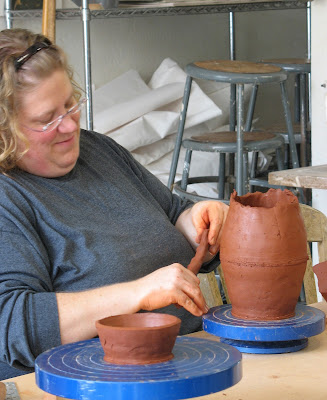 So many golden nuggets just  casually tossed up Sunshine at this workshop.

I'm easily mesmerized by coil building. It may be a basic technique, but it's one that I've never really put the appropriate time necessary in to get comfortable with. 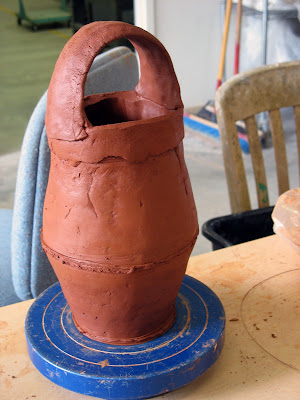 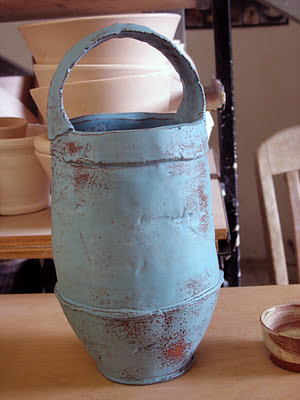 Totally my loss because the surfaces that seem to grow from this technique are rich and full of life. The surfaces and forms that Sunshine achieves using her approach to this process is unique and alluring, making the point that a confident hand leaves a very deliberate feel to the finished work.

Thank you Sunshine!
Posted by FetishGhost at 8:17 PM 8 comments:

This design manifesto was first written by Bruce Mau in 1998, articulating his beliefs, strategies, and motivations. The manifesto outlines BMD's design process.
Posted by FetishGhost at 9:30 PM 6 comments: