Well the big lesson I took away from the "Visions In Clay" show was the importance of "going big" for these exhibitions or risk being lost in a room full of work. Well I threw the penny in the air to check and see what would happen if I put small work in another local show. 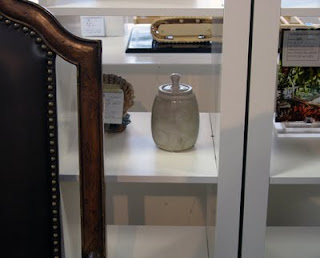 The premise proved itself all to well. The work got accepted into the show but I almost left after failing to find it in the exhibition.
The Penny drops... It was 3 feet off the ground, sandwiched behind a chair and a pedestal.

I put it in the event just to show the people around me what it is that I'm doing, but no one can see it, so I guess it's a moot point... Bumm'n.

The irony is that I'm sure they'll still want their 30% if it's sold.
Posted by FetishGhost at 8:39 PM 3 comments:

Well, I'm taking away two lessons from this year's Visions In Clay exhibition. 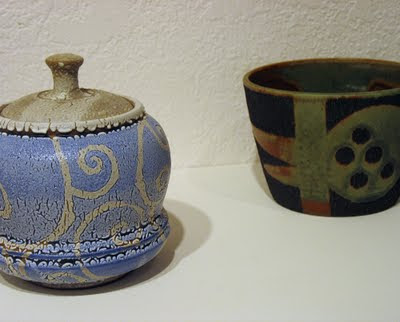 First... Go big.
Small works just get lost in the crowd. People want to be entertained. "Small" engages people in their personal spaces but it's "large" that engages the crowds in a room full of work.

Second... I'd rather be the lowest price sold work in the room than the most expensive piece that's being shipped back to the artist.
As much as I love it,..
I can't afford to collect my own work.

My shelf mate this year is Malissa Bland . Love her work and I feel good gett'n to set my work next to hers.
Cheers mate!
Posted by FetishGhost at 6:37 PM 7 comments:

From the Back to the Front

Here's something that was left for us under comments the night of the 12th. Critic with a plot. follow the leads and it just deepens. If you find any clues, cough em up please. Everything that's in italics has been added by me. Hyperlinks are simply possible clues to ???

OMG CALIFORNIA is the BEE!
The DRIVE is MARTIN ROPER!
And the HO is MICHE GROSS!
REMY'S MOTHER?????????

There's a Florida Log with GUY.
He is going to get a " B".
At least he fights Queen but he is also benn seen with a billion boo that's gone " missing".

CK is the bee and VIRGINIA don't give a fuck no more.
OKLAHOMA U with UN & WASHINGTON & all high on HEROIN and busting out.
Remy and doctors HO for senators and ship them off, some to OSIRIS,...point is..LEARS- SUBS- PT BOATS with MP -DI...nailed by QUEEN!
LA- BILLY- ED- ALL FUCKED and in a "RUMBLE" cause he joinin' LIZ!
RUMSFELD RATS!
Now we got DASSAULT and MEESE pushing stories for favors! And HETU got NOWHERE TO GO!
But rumor says MICHAEL MANN..and that's where you'll find ME!

some of the clues have started leading out to more post comment clues such as this left on EricFortune's blog.

We are hearing that France is locked into Arizona with Maine and Meese and Dassault. There now more than 32 blogs working with leaks on child- trafficking, for the moviie...KANSAS KINGS....we want those 40 and under to be given therapy....that is what the script is calling for. Military..Governments- " POOF".
August 6, 2011 11:21 AM

adding this in... Google the phrase READ NATALIE TODD BLOG...WE ALL MEAN IT. someone has been very busy...

Posted by FetishGhost at 9:07 AM 5 comments: 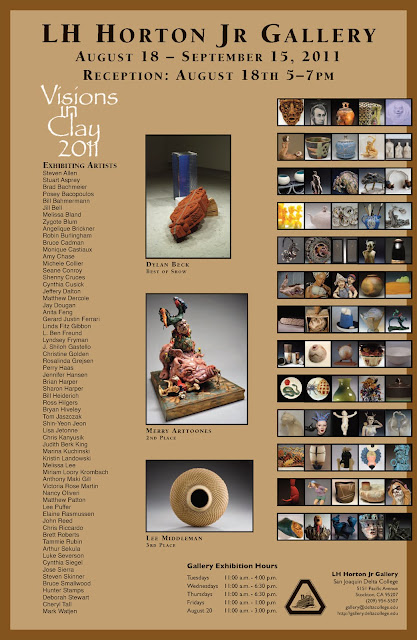 The opening reception for this years Visions in Clay is Thursday the 18th, from 5pm to 8pm at the Horton Gallery in Stockton. Not only is this event quickly establishing itself as a Cadillac show, but it's past rosters of exhibiting artists has become a national Who's Who of up-and-coming studio artists, professors, gallery directors, and more. 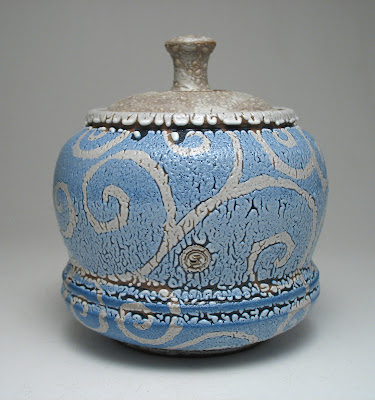 And...
If you pop in for the opening Thursday night you can even meet one of the contributing artists... ME!
Posted by FetishGhost at 8:44 PM 9 comments:

Half-Hearted Critique of a Dead Pot 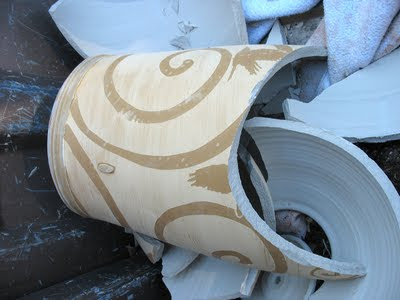 I hate those little voices that we all hear… we all do hear them… right? These aren’t the ones that tell us to do something bad or really fun (I do have a fun loving voice, but that’s getting off track). The voice I’m referring to nags us from the passenger seat of our own mind.
Well here’s the result of this morning’s great idea to move a 21 inch greenware canister up to the UOP ceramics studio for bisque firing. My only excuse is that I hadn’t been awake long enough to think this one through properly. It was a spur of the moment idea and unfortunately the little voice inside my head got to enjoy telling me “I told you this wouldn’t work!”
Yeah yeah… I know... it didn’t work. 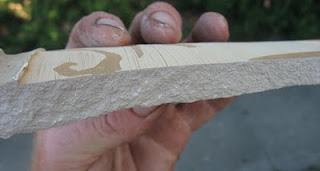 So now I get to look at this piece from an unintended vantage point.  A pile of shards… which is essentially a gold mine of information that can be enjoyed just as much as the finished piece. (Ok… my little voice is saying that’s BS, but says it’s still a valid exercise.) 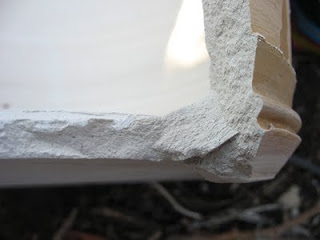 This was a 21 inch canister with walls half an inch thick. It seems a tad thick but at this scale, I’m still not really sure what’s an ideal wall thickness. Any thinner and it feels fragile and any thicker is well… thick. Either way, it felt good in the hands and was in balance with itself. For 16 pounds of clay it felt pretty darn light. You can’t tell from the shards, but it had a great form. Nicely swollen and ribbed at the bottom and rim. 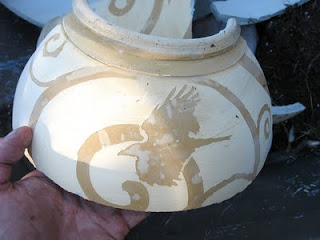 And last but not least… I loved the surface… a whole flock of crows wrapping the entire piece.
Bumm’n
I guess there’s always next time, eh?
Posted by FetishGhost at 8:11 PM 10 comments:

Looked down while getting a coffee with my daughter yesterday morning and was shocked to see this on the front page of a local circular... 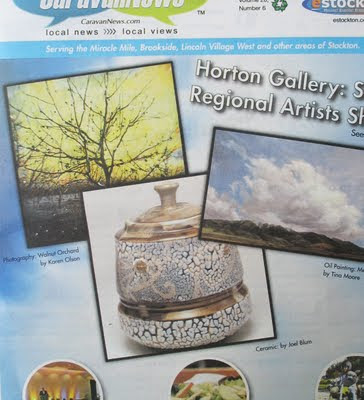 maybe spending the summer playing in the local pond might come to something after all. Thanks for the help Jan!
Posted by FetishGhost at 7:28 AM 8 comments: